Mankind has been growing and developing from the millions of years, it took several hundreds of human evolution to transform the culture, structure and posture of humans.

Since humans started colonizing, their started a conflict using their most sophisticated weapon system, by that time human not only use their weapons to hunt animals, but also to hunt human also. As decades passed on, the weapon system gradually upgraded, after few decades weapon system was not only limited to sharp objects – beside sharp objects it transformed to fire power.

Lets simply decode the reactors property – Fission reactor is a type of reactor breaks the first atom of heavy metal into two and each always multiplied by two, like 2 becomes 4 and 4 becomes 8 by this process the reaction goes on for decades, it seems that the power gets decreased but is more devastating due to its fission chain reaction which is mostly unmanageable and uncontrolled reaction.

Whereas Fusion reaction is much more destructive but seems to be manageable power – its working procedure is like added nuclei gets combined to create one or more atomic nuclei and subatomic particles. The balanced mass between the reactants and products is manifested as either the release or absorption of energy. Source from nti.

Nuclear weapon is created and tested for the first time on mankind during world war 2 by United States, United Kingdom collaborated with Canada, in a project named Manhattan Project. The actual purpose of this bomb was to counter the bomb project of their enemies like Germany. But here it has been first used on Japan in August 1945, where America hit two cities of Japan with nuclear bomb named Hiroshima with Fat Man (Nuclear Fission Bomb) and Nagasaki with Small Boy (Nuclear Fission Bomb).

Before this disaster world was unknown about the actual demolishing power of Nuclear weapon and its aftereffect, where everything got burned out, shock-wave demolishing beyond the fire power and exposal of harmful nuclear radiation even after decades.

After this cruel disaster the other nations of the world got inspired about the fission and fusion powered nukes and started manufacturing of their own nuclear weapon. Now almost all the developed and developing countries have their own nukes and it became so much that accumulating all the nuclear weapons of the world is enough to turn the whole world as like other planets. It is mentioned in Bhagavad Gita about Bramhastra which has devastating power to turn the whole world from blue green planet to black ash.

Everything have their opposite side, like good have its opposite as bad and vice versa – Nuclear technology is also having some good side according to its purpose. Nuclear energy can be a best source to generate power for industrial purpose and to run the cities. It is judged by the matrics that the nuclear energy used in 1945 can be used to generate the sixth of global energy (source page nti) and could have saved about millions of life from medicinal properties of uranium.

In this 21st century there is more increasing threats of terrorism, beside other weaponry activity, there increases the chance of nuclear warfare from nuclear supported terrorist organizations. Here the security of the world cannot be well predicted, because of mostly holding the nuclear power. Nations like North Korea cannot be overlooked for their nuclear technology programs. In today’s world a small threat between nations like Pakistan, India, China is opening up their power of nuclear technology which is much more devastating when the nuclear programmed countries threats each other where one is better equipped from the other one. Though advanced anti missile and controlled nuclear technology has been developed. But is not proved in the real incident like Nuclear war of 1945.

Question arises, what the nations are trying to prove by showing their nuclear power? It’s all about existence. Nations are trying to become the super power. It is necessary to have advanced weapon system and defense mechanism for each and every country to protect itself from enemy. Whereas each and everything is about existence of human race, so why there is nuclear weapon system to destroy the whole mankind just to prove best. Rather weapons can be used for protection. 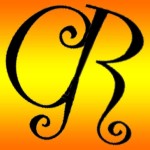 Sleep is a very important part of our daily life, like that of eating and excreting. Sleep helps to rejuvenate the wear and tear the human body goes throughout the whole day, also refreshing our Read more…

How The Education System Ruins?

Education is the past knowledge implemented in a process to the generation to teach them the past invention and innovation of humans and nature. To guide them in very sort of time without having the Read more…